Finland, Helsinki, Biomedicum 1 building. It’s the middle of the day, but most of the offices and labs are dark and empty. Only a few people here and there, with whole labs to themselves. Just two months ago the heart of the Medical campus in Helsinki was struggling to find space for all the researchers, students, faculty and companies’ personnel normally filling the rooms and hallways. Now, due to restrictions to limit the coronavirus from spreading, all those who can are working or studying from home. Meanwhile, most research experiments not directly related to the coronavirus have been on hold for weeks.

Still, the situation in Helsinki is much better compared to many other cities in Europe. The numbers of people hospitalized and dead from COVID-19 is still moderate, there is no general curfew, and the research facilities have not been shut down completely. To see how the current pandemic has affected ovarian cancer research around Europe, we interviewed scientists from Italy, the UK and Finland working on the HERCULES project. 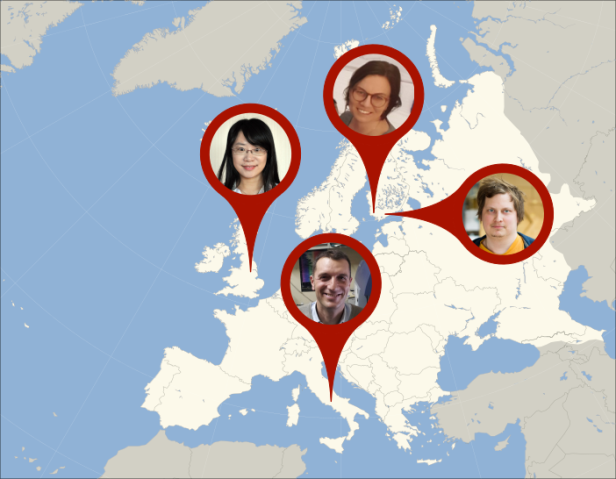 Luca Pasquini is a researcher at the Istituto Superiore di Sanita in Rome, Italy. Before the pandemic, he would receive ovarian cancer samples from the Turku Central Hospital in Finland, and study them using mass cytometry to find out which proteins distinguish cancer and non-cancer cells. However, with Italy being on lockdown since early March, the lab facilities are currently restricted to COVID-19 research only. For biologists like Luca, working remotely inevitably causes major delays since most of his daily tasks have to be conducted in the lab. Luckily, Luca had completed a full round of experiments just before the lockdown started, and he is now able to go through his results and use them to prepare for the next round.

Luca and his wife live with their two kids, who are following classes remotely for a few hours, but need something to do for the rest of the day. Not being allowed to go to parks, they have now resorted to playing on the roof of the building. The strict but necessary lockdown enforced by the Italian government makes it hard to keep up the morale, especially when living in big cities such as Rome. After this, Luca won’t take anything for granted, not even a walk outside.

Yin Lin works as a postdoctoral researcher at the University of Cambridge, UK. She was painstakingly nurturing cell cultures derived from ovarian cancer patients from Turku, in order to get enough cells for experiments to determine genomic regulators behind ovarian cancer. Like Italy, the UK has implemented strict lockdown policies for research not related to COVID-19. Yin’s lab is now closed, the machines are shut down, and the cells she was culturing are stored in a freezer. Same as Luca, the range of tasks she can now carry out is very limited, but this has not discouraged her. She is using this time to catch up on the latest literature in her field, gaining a broader understanding of her research topic and developing new ideas for her future work. For now she is still able to browse some data she generated a few months ago, hoping that the lab servers won’t be shut down. Not having any background in computer science, Yin is also using the extra time to learn how to analyze her data. 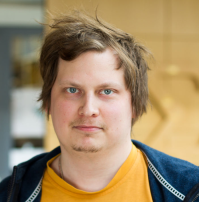 Antti Häkkinen is a postdoctoral researcher at the University of Helsinki, Finland, developing computational methods to analyze cancer data. As a computer scientist, he is quite lucky because his work routine hasn’t changed very much: in fact he can continue his work from anywhere as long as he has a good enough internet connection to access the lab servers where data is stored. However, if the lockdown were to last much longer, the work of computer scientists might also be affected since they depend on data generated through biological experiments.

Moreover, being used to work in a lab with about 20 other people, Antti misses the spontaneous brainstorming that would take place in the office. Now, if you want to discuss a project with a colleague, you need to set up a meeting beforehand instead of simply walking a few steps to someone’s desk. In addition, many conferences have either been cancelled or converted into virtual meetings and, even in the latter case, networking with other scientists in order to start new collaborations has been quite complicated. 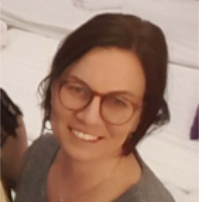 Johanna Hynninen is a gynecologic oncologist at the Turku University Hospital, Finland, treating ovarian cancer patients. Currently, the situation in Turku is fairly good, with less than 300 confirmed cases in the whole region and less than 20 hospitalized patients as of April 30, 2020 (data from THL). However, since cancer patients have a higher risk to develop more severe symptoms if they contract COVID-19, they are recommended not to leave their house, with the exception of visiting the hospital for treatment. In the case of aggressive cancers such as the ovarian ones, diagnostics and treatment can not be delayed for months, so patients still undergo surgery. However, doctors have to carefully evaluate risks and benefits gained from chemotherapy.

Currently there is limited but increasing experience in treating cancer during a pandemic, and international organizations such as the European Society of Medical Oncology (ESMO) are publishing some guidelines on how to treat cancer during COVID-19.

From a research perspective, patients that are already at the hospital can still be enrolled in studies such as HERCULES, as long as no extra visits are required, but the enrollment rate has slowed down. Also the delivery of samples to collaborators is more complicated, as  only research personnel directly employed by the hospital has been allowed access to the building.

One good thing that might emerge from this pandemic and benefit both the research and the medical communities, is the ability to connect remotely and participate in virtual meetings more efficiently. Even though tools such as Zoom and Skype cannot fully replace face-to-face meetings, they might still offer a good enough alternative when meeting in person is complicated. In some cases it has even improved communication. For example, Yin Lin’s research group leader coordinates labs in Sweden, Finland and the UK. Now that group meetings have to be held by teleconference, it is easy to include all the groups. This has improved the flow of information between the three labs and led to better sharing of results, sparking new ideas and collaborations, and decreased the risk of repeating similar experiments. Antti also added that having to arrange online meetings in advance, compared to the spontaneous brainstorming taking place in the lab, has pushed him to be better prepared for the discussion ahead.

From a medical perspective, Johanna mentioned that she was quite skeptical about telemedicine before the lockdown, but she has now realized that certain interactions with patients do not require them to travel to the hospital. This could be very beneficial especially when doing follow-ups with some older patients, for whom traveling to the clinic is difficult even in normal circumstances.

As urgent and serious as the coronavirus crisis is at the moment, we must not forget that, once we can all go back to the workplaces and again hug our friends, the fight against cancer will still continue. We will still need new cancer treatments even after a vaccine for SARS-cov-2 has been developed. According to WHO, “cancer is the second leading cause of death globally, and is responsible for an estimated 9.6 million deaths in 2018. Globally, about 1 in 6 deaths is due to cancer” and, with the aging population, the numbers  are estimated to grow up to 13 million deaths per year by 2030. When you add to that also other major killers, such as heart diseases (17.9 million deaths per year), and compare it to the coronavirus deaths (less than 0.25 million in about 6 months), can we truly afford to put brakes on other medical research?